This is a repost from October 2009.  Note there has been significant change in the caselaw, particularly that of accessory liability, for DWI and vehicular homicide.


A jury is currently deliberating the guilt of Carlos Fierro, charged with vehicular homicide by DWI of a pedestrian, in one of the highest profile cases in my town this year.  The central question for the jury at trial was causation--how much of a cause of the accident was the defendant?  But that begs the question--how much of the cause of the accident do you have to be, to be guilty under our statute?  And, on this very question, the jury instructions given to the jury were apparently, according to news reports I’m seeing, wrong.

Below reflects the legal research and analysis I have done on this very question, on an earlier occasion:

Question:  Is there a causation defense in a vehicular homicide case in NM?

I. Summary of the Answer:

There is a causation defense in a vehicular homicide case, but the defense is extremely narrow and difficult.   Comparative fault is not enough to constitute the defense, nor is the fact that another party is more significantly responsible for the accident.  A “defendant's criminal liability for the death caused by his significant act is not negated merely because the death was caused by the significant acts of others.” Still, in certain circumstances, “some wrongdoers have too minor a causal role to justify criminal punishment.” See Dressler, supra, § 14.03[C][2], at 189. A contributing cause must be more than “fault to an insignificant extent.” Simpson, 116 N.M. at 772, 867 P.2d at 1154.

The jury can find that there is more than one significant cause of death, e.g., one cause by the deceased and one by the accused.  This does not make for a strong defense, because [my legal opinion here] each act that is a significant cause  of death is sufficient for conviction.


The statute contains no mens rea requirement, and no language clearly indicating causation—it merely says, “killing in the operation of a motor vehicle.”  In 1993, a defendant brought a challenge to the statute, arguing that it unconstitutionally shifted the burden of proof to the defense to prove the accident was entirely caused by another party. State v. Simpson, 116 N.M. 768, 867 P.2d 1150 (1993).  The New Mexico Supreme Court held that the vehicular homicide statute does not unconstitutionally shift to defendant the burden of proof because the jury instructions given did not allow the jury to convict him if he were only at fault to an immaterial extent.   Simpson held that the State had the burden of proving beyond a reasonable doubt that defendant's actions caused the deaths and great bodily harm in that his unlawful acts, in a natural and continuous chain of events, produced the deaths and the great bodily harm.
An even older case, one that pre-dates the vehicular homicide statute, held specifically that the government must prove that there was “a causal connection” between the unlawfulness (the DWI or the reckless driving) and the death. State v. Sisneros, 42 N.M. 500, 82 P.2d 274 (1938).

These instructions were written around the case of State v. Munoz, 1998-NMSC-041, 126 N.M. 371, 970 P.2d 143.  In that murder case, the defendant was a bodyguard of the shooter, and his only role was that he was ordered to take the victim, who had been shot in the head but was still alive, away and dump him, which he did.  At trial a doctor testified that the victim likely would have died, even if taken straight to the hospital.  The New Mexico Supreme Court held that the jury was mis-instructed on causation.  The defense theory was that there was no “but for” causation—the victim would have died, even without the defendant’s action.  The Supreme Court agreed and established that the government must prove two kinds of causation—factual (but-for causation) and proximate causation (that the harm was foreseeable).

The instructions are probably too narrow to provide much room for a successful defense in many cases.  This argument is difficult: Where the evidence showed that defendant drove after drinking alcohol in a bar, decided to lean over in the dark to get a cell phone, and drove onto the shoulder of the road striking and killing a pedestrian, the evidence was sufficient to support a finding that defendant was driving recklessly when the victim was killed, and same evidence shows causation. State v. Wildgrube, 2003-NMCA-108, 134 N.M. 262, 75 P.3d 862. 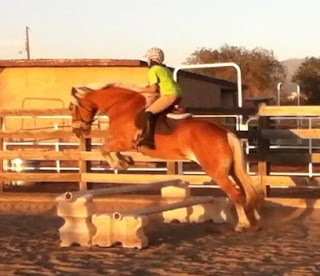