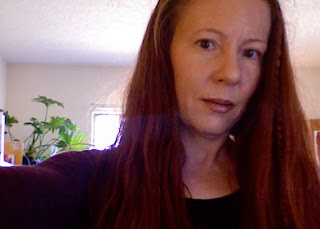 Trace Rabern has been writing legal analysis across different disciplines for twenty years. She was appellate writer for sixteen or those years, before venturing into civil litigation. The core of her work is fierce lawyering, creative and collaborative problem solving, fearless litigation even of unpopular causes, and excellence in motions, briefs and legal analysis.

Trace has been an adjunct professor at the University of New Mexico School of Law teaching Appellate Law and Practice course.

Trace is active with the New Mexico Criminal Defense Lawyers Association as a presenter, legislative analyst, and as a member of its Amicus Committee.  She has authored and co-authored too many amicus briefs on topics of grand jury reform, state constitutional law, mental illness and competency, DNA sampling upon arrest but before conviction, habeas corpus, and the confrontation clause.

Trace has been an enthusiastic supporter of expanded civil rights under the New Mexico State Constitution. Trace’s practice focuses on cases posing mental health issues, legal competency issues, and defending child abuse allegations. Trace is particularly delighted to be working as writing counsel with some of the trial attorneys she considers personal heroes and mentors.

Before all else, Trace is the mom of one remarkable daughter and spouse of erstwhile writer Kevin Jones.  Trace trains jumping horses, kick-boxes, splits wood, dances, dog sleds and keeps a small zoo of sorts on the north side of Santa Fe.  She is a recovering long distance runner and mountain climber, and never has been able to sit still.   Her aspirations include making a day longer than just 24 hours, a week contain more than 7 days, finally finishing her fixer-upper special home, creating time to re-learn to tele ski, and getting her high-schooler to school on time.

State v. Savedra: The District Court 6 Month Rule is Dead. (Or, Be Careful What You Wish For)